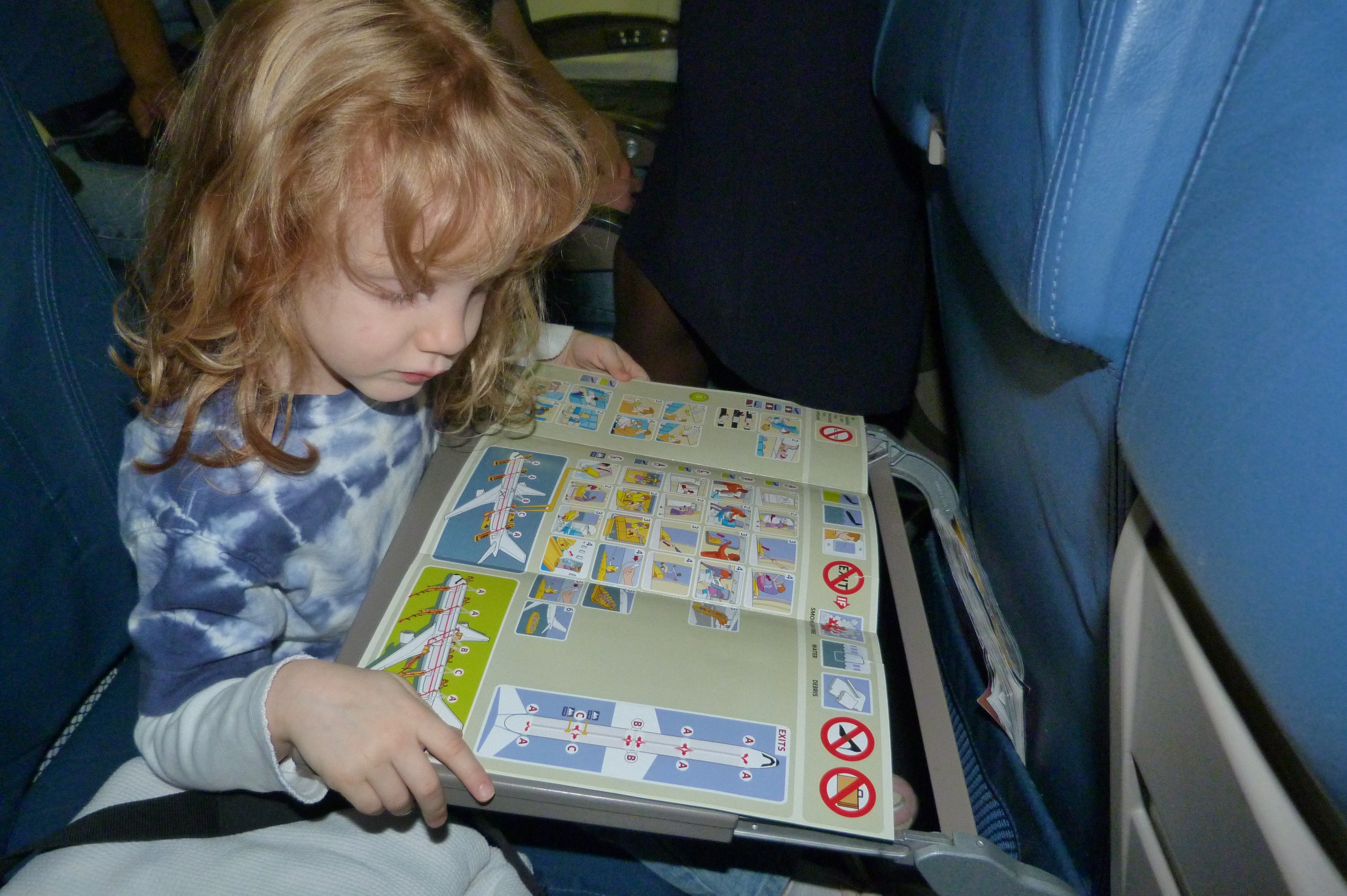 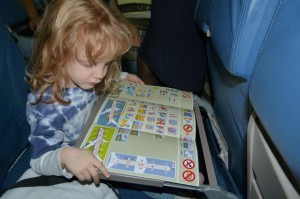 On Sunday we flew home from Florida with our five kids.  To add to the general excitement, ten of our nieces and nephews (13 and under) were on the flight as well.  When the flight attendants offered $800 in vouchers, a first class ticket on tomorrow’s flight, a hotel stay and meal vouchers to anyone willing to give up their seat, you would have thought that the rest of the passengers would have taken a good look at all our kids and stampeded one another to get back off the plane.  Heck, I considered it.

The first thing I do when getting to our seats on a plane is ask the person sitting between me and one of my kids to trade seats with my two year old nephew who has been assigned a seat twenty rows away  with strangers.  Any sane person looks at my arms full of baby and legs clad in three year old and decides that twenty rows away from us is the place they want to be.  Even if it is a middle seat.  (Last time I flew the woman next to us sneaked off and got a nice older gentleman to switch seats with her –failing to mention that he would now be sitting next to a six month old.) Then I have my nephew switch seats with my teenager so that the nephew is with his parents and my teenager can help with the baby.  Next, I hand the baby to him and scour every surface with disinfecting wipes: the lights, the trays, the seats, the seatbelts, the windows.  I draw the line at the other passengers, no matter how dirty they appear.

One thing I will never understand is why the flight attendants come around and give all the kids brimming drinks during the flight.  First of all, sugaring kids up and then requiring them to sit in a space the size of a postage stamp? That’s not going to end well.  Secondly, why is the cup always full?  What person in their right mind gives a three year old a full cup of anything, even on the ground?  If there is ever a time for the glass to be half empty, this is it.  Yet, they do it on a bouncing plane.  They should at least hand out stacks of napkins with the drinks and save themselves the trouble of returning moments later for the clean-up.  Thirdly, and most obviously, giving kids drinks leads to bathroom trips, something to be avoided on an airplane at all costs.

There is something about kids and public bathrooms—the smaller and dirtier the bathroom, the more time they want to spend in it.  We have two smaller daughters who must investigate the bathroom at least once anywhere we go.  So, mid-flight I jostled our way to the back of the plane, waited in line while pretending not to understand my three year old’s steady stream of, “Mommy, that man has a big tummy! Is there a baby in him’s tummy? Can mans be mommy’s, too? Can I see his tummy button?” Once in the mirco-loo I immediately noticed that, as usual, someone had mistakenly believed he could stand and aim through the turbulence.  So, I busted out my wipes and gave the bathroom the most thorough going over it’s had since the last time I flew, all the while telling my daughter, “Just hold it a minute longer. No, don’t touch that.  Ew, get off the gross floor! Don’t open the door. I don’t know what that compartment is for...” Then, I mummified the commode in toilet tissue for good 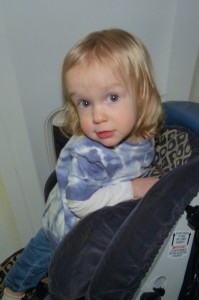 Having recently read about a grown man slapping the two year old beside him on a flight, I was ready for the worst, but the people on this flight were pretty tolerant.  They willingly switched seats to help our families sit closer together.  No one even sent nasty looks our way when one of my nieces took up shrieking at the top of her lungs for a portion of the flight.  I wish that all our fellow travelers were so kind.

I remember the first time I flew with one of my kids.  It was just twenty year old me and two month old Sean. The woman who had the other seat in our row arrived, looked upon my little darling with disgust and dismay and promptly pushed the call button.  She informed the flight attendant that she would not fly next to a screaming baby (He was asleep.) and demanded to be moved.  Sean slept thorough the flight, and I had the luxury of spreading my things across the empty seat beside to me.

My favorite nasty flight mate was a woman who looked at me getting into the row behind her with two year old Joey.  She stood up, gaping in horror, and demanded that I “not let that kid kick her seat for the entire flight.”  I told her I couldn’t give her any guarantees and that she should probably ask to have her seat moved.  Once buckled, Joey’s feet didn’t come near to reaching her seat back, and I mostly resisted the urge to spend the flight kicking her seat myself.

We’ve had two men brace the seat back so that the kids couldn’t recline their seats.  Another time a man was watching inappropriate movies on his computer with the kids right beside him.  Another creepy man sat reading a romance novel and licking his lips.

Last January, our twelve year old got upgraded to first class, an adventure even I haven’t had.  On rejoining us at the gate he proudly announced:

“It was awesome!  Every time I pressed the button they brought me Snickers!”

“Nope! A whole plate of big ones, but I only took two each time.”

“And how many times did you push the button?”

“Did you get some for us?” his little brother asked.

Flying as a family is fun and always an adventure, wondering what the other passengers are going to do next, and how many more trips it will be before my kids realize that mommy dressing them all in their matching tie-dye shirts for airport trips might actually be a little dorky.  We always have to ride the trams at least twice, sitting in the front every time.  An empty moving sidewalk must always be run down the wrong way until someone arrives who wants to use it as it’s intended.   The airline always breaks our stroller, and we inevitably leave something at security.  It all comes down to the simple fact that flight, like life, with kids is just more of an adventure.