My husband and I recently borrowed a TV show on DVD and began watching it together that evening. The storyline so epitomized the way that Hollywood portrays adoption and foster care that Matt may have needed to pause the disc for five solid minutes while I ranted. 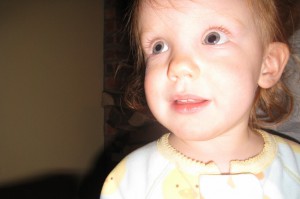 The basic premise of this particular show is that the main character, Emma, was found as a newborn beside the road. She spent three years in foster care before someone finally adopted her.

Really? A healthy newborn with no family or attachments would never sit in foster care for three years. She would have been adopted by a family who desperately wanted her within her first year, likely within six months, and probably by the foster family she started with. Caseworkers try to put little ones likely to become adoptable with foster families looking to adopt.

Next, Emma reveals that the family who finally adopted her put her back in the system when they had their own children. Seriously? Do you know anyone who has ever stopped loving one of their children when a younger sibling arrives? No? Me neither. 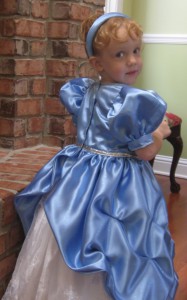 The wicked queen from Snow White, while the birth mother is revealed to be the savior sent to free all the fairytale characters from the wicked queen’s curse. Great message, Hollywood, thanks.

Emma tells how for all her years in the system she was “just a meal ticket.”

Yes, there are some bad foster homes. There are some who do it for the very paltry payment intended for the care for the child. But, honestly, there is no amount that you could pay someone that would make up for everything a foster parent goes through. The vast majority are in it for the kids.

Could we see some of these folks portrayed, please?

It’s not just this particular show. It’s prevalent across the board, especially in crime shows which so often depict the hardened foster mom with broken toys and screaming children all over her unmown lawn, a cigarette dangling from her lips as she tells the detectives she “don’t know nothin’ ‘bout” what happened to that kid in her care.

This weird bias against foster care and adoption is in popular fiction as well. I read a book recently in which the adoptive parents were narrow minded and unloving and told the young woman she was stupid and incapable. She unites with her birth mother and finally finds the love and family that she always wanted.

Yes, this does happen, but it also happens that the child was very happy with the adoptive family. Take my neighbor, when she was sixteen she made an adoption plan for her newborn. Thirty years later her daughter found her. The daughter dearly loved her adoptive parents who had recently passed away. My neighbor loves having her daughter in her life, loves her little grandson and is thrilled to have this second chance with them, but she knows that she made the best choice for her daughter at the time. 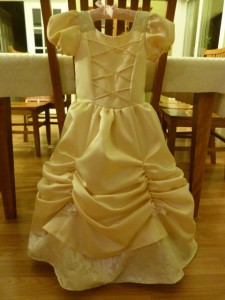 Since getting involved with the foster system I worry about what some kids are going to find when they seek out their birth parents. Not all will have that Hollywood happy ending my neighbor had.

Kids adopted from the foster system can face some harsh reality. When they start digging, they find all the reasons they were in care in the first place. An acquaintance, adopted from the system at age two, went looking for her birth mom and found that she had died of an overdose years earlier.

I have yet to see Hollywood write a script where the long search for a birth parent ends in a prison, cemetery, or homeless shelter. (But then, who would want to watch that movie?)

The thing that bothers me the most in all this is news coverage covertly biased against adoption. It particularly bothers me because the news isn’t a writer’s fictitious situation; it’s a reporter’s take on reality. Years ago in Ann Arbor a five year old girl named Nancy died in a playground accident during recess. All the reports and articles mentioned that she was the grieving couple’s adopted daughter, as if this was relevant information, as if they were less stricken than they would be if they lost a birth child.

The bias against adoption isn’t new. I remember reading Laura Ingalls’ These Happy Golden Years and being dismayed that no one thought it odd that Ida Brown’s parents wouldn’t pay for her to take lessons at the singing school because she “was only an adopted child.”

Hollywood, do you think you could drop the bias? We want to see adoptive families that love one another and behave just like other families. We want to see foster parents who care and go to battle for the kids in their care. You’re always looking for fresh ideas. Why not start there?