Yesterday, I was feeling that if there is such a thing as the anti-Midas touch, where instead of turning to gold, everything you touch blows up in your face, I had it.  I more than I had it, it was created expressly with me in mind.  I poured powdered sugar into the stand mixer and suddenly the kitchen had a fresh dusting of snow.  I went to drain a can of tomatoes, and they all fell into the dirty sink.  I tried to turn up the volume on the girls’ video and the button got stuck, nearly deafening the three of us. Showing them a video at all was making me feel pretty guilty. (The anti-Midas touch on my parenting.) 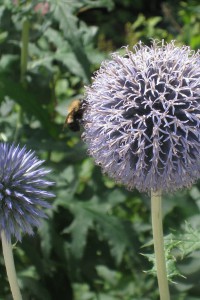 The icing on the cake (and not the one I was making the frosting for) was when I tried to play a parenting cd while cleaning the kitchen.  We have been having trouble reaching one of our children.  I had read the first part of this book and was excited to finish up with the cds.  But, the cd wouldn’t work in the cd player.  Then it wouldn’t work in my computer, Joey’s computer, or Matt’s computer.  By the time I gave up on it, I had gone from frustrated, to annoyed, to angry, and ended at depressed.  I was a failure.  I couldn’t even play a cd.  Everything I touched crumbled beneath my hands.

God had abandoned me, and I was mad at him.  I know, it may seem kind of extreme, but we all have these days. Frustration.  Failure. Hopelessness.   Why did life have to be so hard all the time? Why couldn’t the house stay clean? Why couldn’t I get through to my son? Why did people tend to think I had it all together, when I felt just the opposite?

Well, the old saying goes that when you least feel like praying is when you should hit your knees.  So, wanting to do anything but pray, I simply said, “Lord, please give me something to go on here.”

The old red song book fell open and the lyrics sprang, not merely from my lips, but from my soul, “Praise the Lord, oh my soul, I will praise the Lord as long as I live. Praise the Lord, oh my soul, while I have life and breath I will praise the Lord.” And like that, before even finishing the chorus, He reached me.  This was what mattered.  Not the messy kitchen.  Not the old raisin stuck to my sock.  Not the malfunctioning CDs, the zit on my forehead, or the tomatoes in the sink.  It was about me and God, about how great he is, how all else fades in His presence.  My depression and angst didn’t fade… they vanished.

Had anything really changed, though? Yes! I had been struggling apart from Him.  Going on my own strength, thinking I had too much to do to take the time to stop and pray.  How often I make the same foolish mistake!  I spent that half hour in prayer and worship, with my little girls climbing on my lap to join me after a while.  The laundry wasn’t getting done, the dishes were still growing mysterious things, but when I went back to it, it was with God in control and that made all the difference.