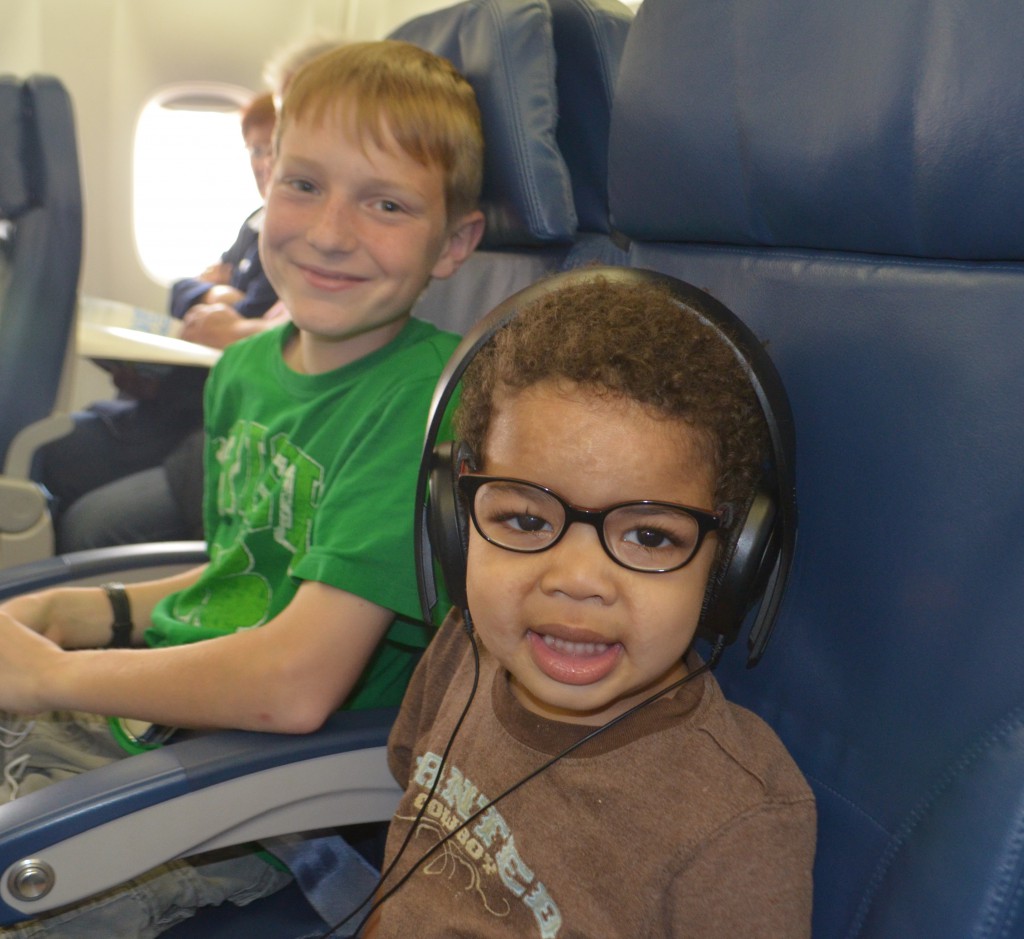 As a teenager I remember standing in the doorway of the bathroom holding a sick little sister while my mom mopped up the vomit this sister had just projected across the floor. I was thinking, Oh my gosh, I can’t ever be a mother because I could never in my life clean another person’s vomit. I just couldn’t. I think I would die.

Twenty years later, and now with six kids of my own, I found myself about to disembark a cruise ship. It was 9:00 a.m. on a sunny Florida morning as the elevator doors opened to a lobby full of people. Without warning, my two year old erupted. The multihued contents of his stomach were suddenly everywhere: cascading in waterfalls down my shirt, beading in my son’s thick lashes, pooling in my sandals.

My husband and I just stood for a long moment looking at each other. He on the outside of the elevator, Me standing stunned inside holding Jacob as the last remnants of his breakfast (and apparently yesterday’s lunch and dinner) dripped down the glass elevator walls.

A wonderful feature of this cruise was that they took care of our luggage for us the night before. So nice and hassle free, as long as you don’t find yourself covered head to toe in vomit as your extra clothes are being efficiently bussed ahead of you to the airport.

Fifteen minutes found Jake washed and in his spare outfit, me changed into Matt’s button down shirt, and Matt in his undershirt approaching the man clad in a surgical mask, rubber gloves, and plastic apron who was mopping out the elevator. (Another bonus feature of the cruise: They clean up vomit for you.)

“Uh, yeah, my kid is the one who puked. Sorry about that. Um, do you have an extra bag we might have in case he does this again? Thanks.”

Ten minutes more and we were at the front of the customs line. This time I got a little warning in the form of tummy tremors and had the bag pressed to Jake’s little face as the customs guy asked Matt what we kind of souvenirs we spent $30 buying. Then he looked through our documents.

Agent: “And which one is Jacob?”

Matt: “The one over there hurling on my wife.”

A moment later the agent held up my passport picture and squinted, having trouble reconciling the clean kempt woman in the photo with the puke covered one giggling uncontrollably on the floor appearing to suffocate a toddler with a plastic bag.

He didn’t detain us.

I discretely threw the bag away, hoping the worst was over as we boarded the bus, found seats and were greeted with TV’s showing all the beautiful places we could travel for our next vacation. I breathed a sigh of relief as the minutes passed and bus merged onto the B-line heading toward the Orlando Airport.

“Look, Mom,” my twelve year old said, pointing at a screen. “Next time we can go to The Andes and see wild chinchillas.”

Then the sounds began. Not soft tummy rumblings this time, oh no, loud, guttural, phlegm clearing retches like you’ve never heard before. Only Jacob can make noises like these, and he does it without the least concern and apparently no discomfort.

“Nothing is like the comfort and relaxation of a Disney vacation…” The TV assured us. 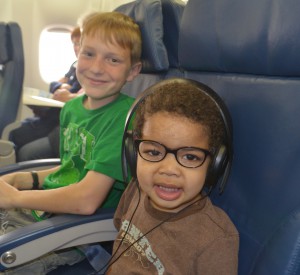 The man in front of us politely feigned deafness as Jake continued to make sounds that can only be described as an elephant with a hairball. The polite man’s wife turned to stare in horror, clutching her large Coach purse to her chest and scooching as far away as the seat would allow. I tried unsuccessfully to squelch the giggles as five year old Elena broke into a loud round of Let It Go just as Jake made a colorful contribution to the small clear baggie which was the only container I had left.

“It’s funny how some distance makes everything seem small…,” she sang as the Coach purse lady cringed into the wall.

The volcanic experience didn’t bother Jake; he blinked again and smacked his lips -- a true two year old, impressed by his own bodily functions. Polite disregard from the husband. Repulsed stares from the wife. Hysterical laughter from me.

I hoped no one on the bus was headed to the same state as us.